»If things know where to go, they can go there straight away.« With this simple but evolutionary sentence you can understand the idea of Cellular Facility Logistics as the logical consequence of the »Internet of Things«. The decentralized control of material flow and logistics systems is the essential characteristic of this new concept.
The Multishuttle Move® is one possible realization, it is based on the rack operating Multishuttle®, which has been awarded the VDI Innovation Prize for Logistics in 2004. It has been successfully distributed for many years by Dematic and established as a revolutionary concept for an automated warehouse. The Multishuttle Move® exceeds the capabilities of the conventional Multishuttle® as it serves both for classical storage and retrieval jobs and the entire in-house transport. The vehicles move freely throughout the warehouse and are capable of driving back into the rack unit. Thus, all transports in the rack and the surrounding area will be covered with just one conveying technique, formed by an autonomous vehicle swarm.

For the Multishuttle Move®, Fraunhofer IML was instructed by Dematic to newly develop the software for localization beyond the railing and rack system, the communication between the shuttles for the purpose of coordination of the transport vehicles as well as the energy concept and management. As a result, the entire system is able to adapt its transport capacity for example to seasonal or daily variations but also to modified structures and orders, customers and articles. It is also able to optionally shift performance between the storage and transport process steps or within individual sections, e.g. the warehouse aisles. The total system performance is scalable via the numbers of vehicles which, at the same, provides high redundancy and, thus, system availability.

A trial will reveal the exact performance: In a dedicated 1,000 m² tall and 65 meter-long test site, built specifically for this purpose, a »swarm« of 50 Multishuttle Move® units shall present and accomplish a warehouse and order-picking scenario that can handle up to 2,000 bins per hour in peak times. With these trials, Dematic and Fraunhofer IML intend to prove that Cellular Facility Logistics is broadening both classic conveying techniques and shuttles in an economical and ecologically acceptable manner. 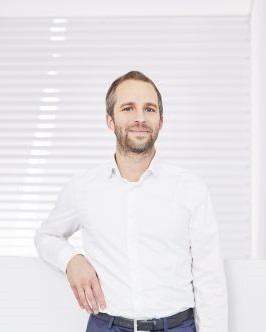