The Fraunhofer IML presents with EMILI at LogiMAT 2017 a new, revolutionary vehicle, which acts totally autonomous and interacts with its environment. Withal Emili is not just interactive and autonomous, but also functioned as a container. Its outside measurements complies exactly with a small load carrier (SLC) and applies seamlessly into processes with other SLC. Emili can be also stacked on other SLC, although it can also transport them. With integrated lift- and lower-functions the whole chassis can be run in or lowered. Another lift allows it to raise the SLC, which are stacked on Emili, onto human working-height.

To implement this adjustment concerning the physical interaction between human and vehicle, a technological salutation has been developed that allows Emili, to accommodate to each human, like he or she requires.

Emili combines a compact design and the simple handling of a SLC with skills of a modern automated guided vehicle (AGV). By satisfying the outside measurements of a SLC with its dimensions 400 x 600 x 220 mm, Emily applies seamlessly into existing processes and can be integrated into facilities. Moreover it can be stacked onto other SLC, can be transported with classical conveyor technique and can be stored into a small parts storage.

The inside construction of Emili is made to be easily converted to other technologies. Through a ROS-based System, the single components can be swapped seamlessly. That way the track guidance can be replaced by another type of vehicle navigation.

By the use of many different interfaces to its outside, Emili can communicate with humans in its environment. Emili can be controlled by conventional HMI as well as Smartwatches and AR-glasses. This communication can proceed in a bilateral way. In this case the display of conditions and feedback is conceivable through many channels, e.g. rendering it on the AR-glasses from humans.The overall objective is, that humans do not have to adapt themselves to techniques in their environment but rather the technique adapts to humans. 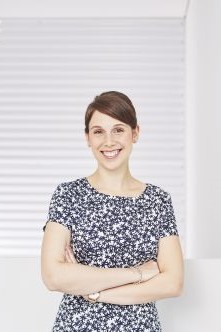 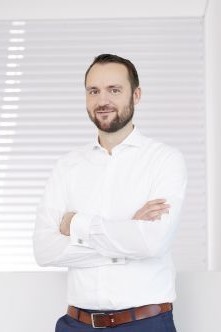