For the underground material transport in its coal mines Deutsche Steinkohle AG (DSK) mainly uses diesel powered monorails which are being controlled by a person until now. To raise the degree of automation the aim of the project was to change over a manually controlled diesel powered monorail to an automatic transport system. In October 2007 the project team of the DSK received the research award of the concern for extraordinary achievements in research and development.

In this R&D project Fraunhofer Institute for Material Flow and Logistics examined the technical feasibility with regard to the underground operational area and particularly the requirements made on firedamp protection in accordance with the ATEX rules.

In collaboration with the customer and with further participating partners first of all a prototype has been developed and put into operation, which in the second project section has been improved to readiness for start of production and has been proved at the mine Bergwerk Ost in Hamm.

A substantial function of the system is the radio connection between the monorail and a surface control station to transmit transport orders, machine data as well as audio and video data. For the first time in German coal mining a WLAN connection is being applied for this function.

The primary job of Fraunhofer IML was to implement the clearance monitoring and the position detection of the automated diesel powered monorail. After carrying out a market survey on suitable technical equipment laser and radar sensors have been adapted for underground operation and have been integrated into the system together with a sensor fusion computer. RFID landmarks have been installed along the transport network to locate the vehicles. The readers located at the monorail register the absolute position while driving past. All sensor components got an ATEX approval and can therefore be used for any other application in mining. 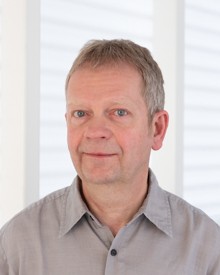